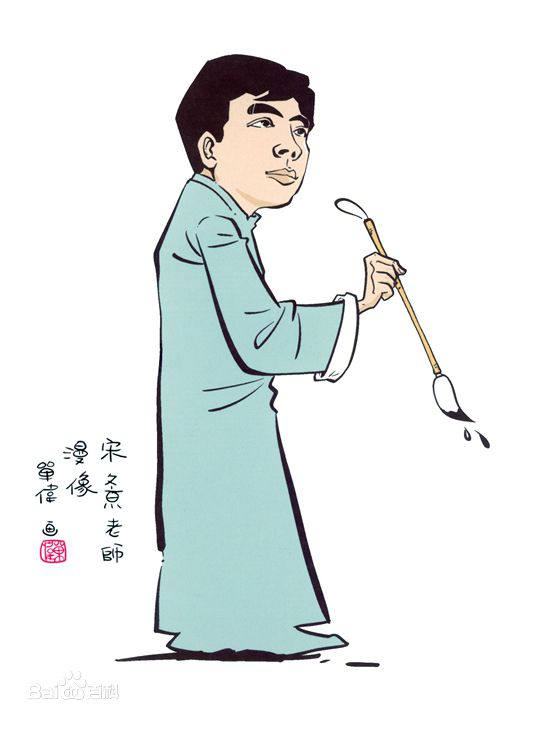 FOR THE FIRST TIME EVER IN WASHINGTON, DC, AREA:

WILL BE ON DISPLAY, FREE AND OPEN TO THE PUBLIC,

Washington, DC, September & October, 2016 – Internationally acclaimed and multi-award winning Chinese Artist and Calligrapher Song Wenjing will present his unique artworks for the first time ever in the Washington, D.C. area, from October 21-23, at the Ritz Carlton Hotel, Pentagon City. The exhibition, entitled “Art of Heart,” will present several of Song’s renowned Chinese Water Paintings and Calligraphies.

The “Art of Heart” exhibition is Free and Open to the Public. Song Wenjing, who will be in attendance during this three-day exhibition, will also make his artworks available for purchase. Please see: http://www.hurrahmarketing.com/productions/song-wenjing/

The concept behind Song Wenjing’s “Art of Heart” Exhibit is that while on the surface it appears that his paintings and calligraphies were completed by brush and ink, they are all actually works of his heart. “An artist does not live in a vacuum,” Song says notably. “He or she should also do something to serve the public – to help them appreciate your artworks and to gain some positive energy through them.”

Song’s specialty area of art – Calligraphy, which means “beautiful writing” – has been appreciated as an art form in many different cultures throughout the world. However, the stature of calligraphy in Chinese culture has been unmatched elsewhere in the world. For thousands of years, the Chinese have considered calligraphy not just a form of decorative art, but rather the supreme visual art form. The Chinese have long valued their calligraphy as more meaningful and valuable than painting and sculpture, and ranks alongside the poetry that calligraphy expresses as the ultimate means of self-expression and artistic cultivation. For more on the history of Chinese Calligraphy, please see: http://asiasociety.org/education/chinese-calligraphy and http://www.metmuseum.org/toah/hd/chcl/hd_chcl.htm and
http://www.asia-art.net/calligraphy.html

Song Wenjing was born in 1964 in ChangAn, China – his family was originally from BoAi City, Henan Province. He taught at Zhengzhou University, before moving to Beijing where he worked as a newspaper chief editor. Currently, he is a full-time artist at Qingdao Art Academy, and Dean of the Theory Research Department. Song is also the Vice Chairman of the Qingdao Calligrapher Association and a Member of the Qingdao Political Consultative Committee. He serves on the Shandong Calligrapher Association’s Academic Committee, is a member of the China Calligrapher Association, Vice Dean of the Academy of Fine Art of Central Committee of China National Democratic Construction Association, and Acting Dean of Qingdao Sub-Academy. The city of Qingdao has also honored him as an “Outstanding Citizen of Qingdao.”
Song Wenjing’s calligraphies and artistic theses have won numerous national awards, including No. 6 and No. 7 at China’s National Calligraphy and Seal Cutting Exhibition, No.5 and No.6 at the National Young Artist Exhibition, No.3 and No.4 at the National Symposium on Calligraphy, No.2 at the National Seal Cutting Show, and the Inaugural National Regelschrift Exhibition. He also won the Gold Prize for the National Press Industry Calligraphy Competition and a Silver Prize for the Inaugural Couplet Exhibition, and was nominated at both the No.6 National Calligraphy Academic Symposium and at the No.3 Chinese Art Federation Chinese Art Critique.
Song Wenjing’s interviews, calligraphic and theoretical works are published regularly on a variety of topics of art, art research, Chinese calligraphy, calligraphy, art journal, Rongbao Studio, etc. He also offers courses and speaks at Peking University, Tsinghua University, and Ocean University of China.
Song Wenjing is a practitioner of ink, dedicated to tradition, fond of life drawing, and an academic who delves deep into research and writing. He has published 10 plus books, including “Chinese Painting,” “The Culture of Elegance (Ya),” “Art or not Art,” “A Flickering Thought Like a Sword,” and “Imprisoned by One Chinese Character.”
His personal exhibitions and joint exhibitions have toured Chinese provinces such as Guangdong, Henan, Shandong and Taiwan, and have also been presented overseas in South Korea, Japan, France, Australia, the United States, Canada and New Zealand. Song also hosts TV programs and writes columns for newspapers in China. He has worked as a producer and host at CCTV and Qingdao TV, and as a guest MC at Qingdao People’s Radio on the “Wenjing on Art” radio show. His works can be found in many museums, galleries, and private collections, worldwide.

ABOUT SONG WENJING’S LOVE OF ART:

Regarding his powerful love of art, Song says, “I have studied and practiced creative work in Chinese calligraphy and painting for more than 40 years. I have a deep love of the ancient arts and feel supremely proud to be able to contribute to Chinese culture—a culture imbued into the very blood of the Chinese people flowing through every vein. The older I get and the more experienced I become, the more fascinated I am with the depth, breadth and longevity of Chinese art.
When Chinese talk about ‘pen and ink’ in Chinese art forms, they are referring to a ‘spirit’ that goes from the artist’s soul to pen and finally to paper. It takes years of practice. Sometimes, a single line reflects a variety of elements—emotion, characters, favorability and hard work. Hence, ‘pen and ink’ are very important, but it all begins in the soul.
When Chinese talk about ‘artistic realm,’ it refers to the harmonization of content and form, blending together emotion and sceneries. The unique tools in Chinese writing and painting—brush, ink, rice paper and vermilion ink paste—are apt carriers of oriental beauty. One of the most well known artistic realms is Zen.
When Chinese talk about ‘virtue,’ it is a comprehensive spiritual state that each calligrapher pursues. Aside from calligraphy and painting, the artists should also study history, music, literature, and even philosophy. Only with a thorough knowledge of these fields can one finally achieve mastery of the virtues of his art.
Chinese calligraphy and painting respect tradition and emphasize the passing to our successors the essence of Chinese culture. After all, Chinese characters and paintings have endured 3,000 years. But while it is important to treasure and remember our history, as artists in the modern age, we need also need to keep our fingers on the pulse of our times and aim for innovation and breakthroughs.
In the past decade, I exhibited my works abroad every year or two. Each time, I try to build on the past, adopt something new, and share that in my art. Allowing exotic art philosophies to collide with my own is part of my humble effort to understand and mutually appreciate artistic expression from every corner of the world.
An ancient Chinese poem recalls a ‘bird singing on top of the branch, awaiting a response from a friend.’ My brush is my voice—it conveys my genuine wish to inspire your echoes.”

** 1998 Silver Award at the National Dragon Contest for Young Calligraphers and
Seal Cutters, and Wenjing Award of Tokyo, Japan

ABOUT THE SONG WENJING ART EXHIBIT:

The Grand Opening Reception for the exhibit will take place Friday, October 21st, from 6 PM to 10 PM and is by Invitation Only. 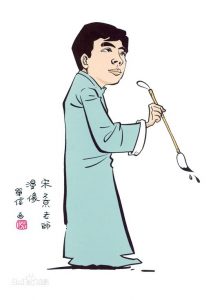