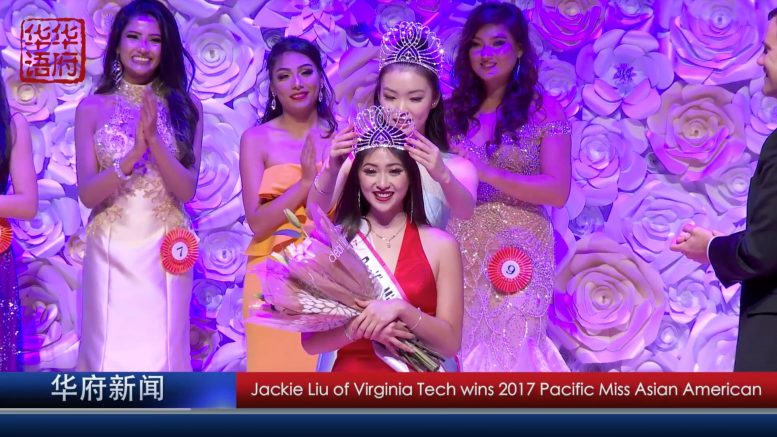 From Germantown Maryland, Jackie Liu is a first-generation Chinese American with parents from Shanghai, China. Jackie currently attends Virginia Tech majoring in business with a concentration in Finance.

The first runner-up is Miss Linda Qin, a young scientist working for the U.S. Food and Drug Administration. Linda also came from China. She holds a Master degree in public health.

Pacific Miss Asian American beauty pageant is one of the largest, fairest, and most influential beauty pageants on the East Coast. From the very beginning, the event organizers have been dedicating to promote Asian cultural heritage, international cultural awareness, and community pride.

There are no upcoming events at this time.